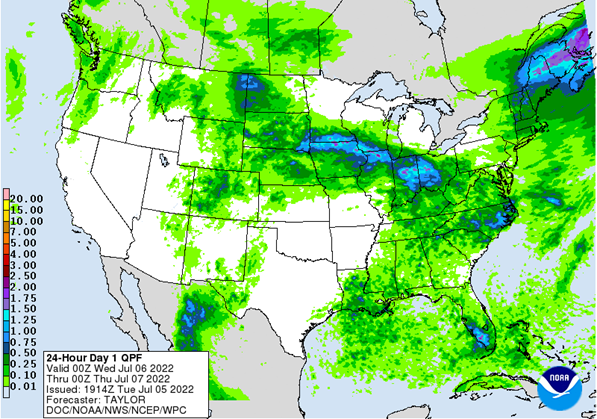 VINIMEX are pleased to update market news on July 07, 2022 as below

Weather: Through the remainder of the week, rain will continue to overwhelm the Corn Belt forecast (pun intended). Up to an inch of accumulation is predicted between the Dakotas and Nebraska, extending all the way to Ohio, over the next 24 hours. 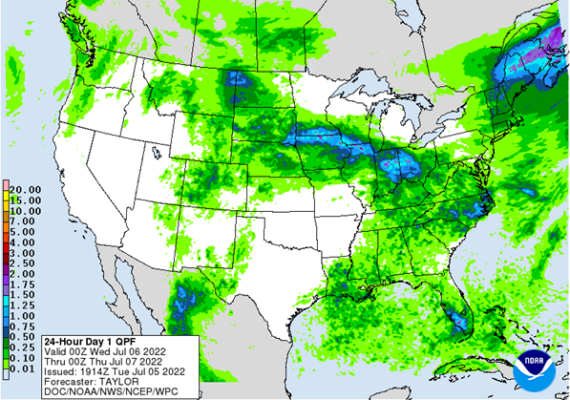 SOYBEANAfter testing both sides of the open, November soybeans printed a 40 cent range. Futures initially sought a rebound, but ultimately settled in the middle of the range on 1 to 7 1/4 cent front-month gains. Soymeal futures ended the day up $1.90 to $9.80/ton. Following Tuesday’s limit drop, soybean oil futures fell another 1.5 percent to 1.8 percent on the day. Malaysian palm prices fell to new calendar year lows in August, returning to 3,900 ringgits/MT. August palm was 6,800 ringgits at the high print on April 29th. According to StatsCan, Canada planted 21.416 million acres of canola in 2022. This was down from 22.48m the previous year. Soybean area remained close to 5.3 million acres, down 0.9 percent from 21/22.

CORNRainfall is expected to fall from the mid-NE through the KY/TN/NC border, according to NOAA’s 7-day QPF. The ECB will catch 1 to 2″ over the week, while Eastern NE/Western IA will catch close to 3″. The Dakotas will also receive sporadic rainfall, with most fields receiving less than 1 1/2″ over the next seven days. Statistics Canada reported that 3.633 million acres of corn were planted in the 22/23 growing season. This is an increase of 4.1 percent year on year from 3.56 million acres in 2020/21.

WHEATThe European Commission reported that wheat shipments to non-EU destinations totaled 27.5 MMT in 21/22, a 200k MT decrease year on year. As the MY reached 22/23, the top destinations were Algeria, Egypt, and Nigeria. According to the Romanian Farmers Club, grain output in 22/23 will be down 15% year on year to 30 MMT, including 9.6 MMT of wheat, which is down 17% year on year. According to StatsCan, the total wheat planted area was 25.395 million acres. This is up 8.7 percent year on year and exceeds the 2020 target. Spring wheat acres increased 10.5 percent year on year to 18.212 million, with durum acres increasing by 6 million. 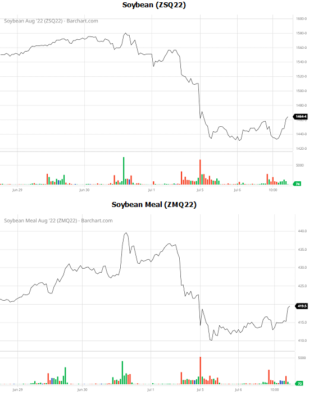 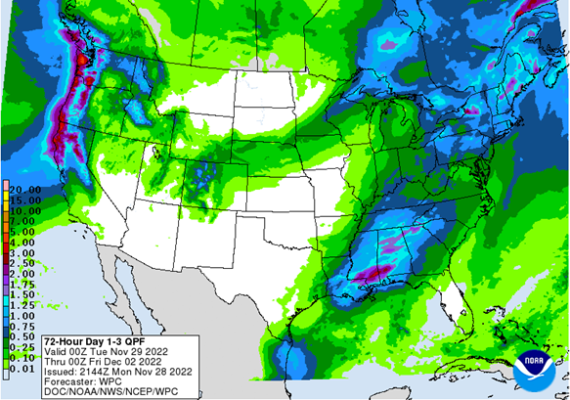