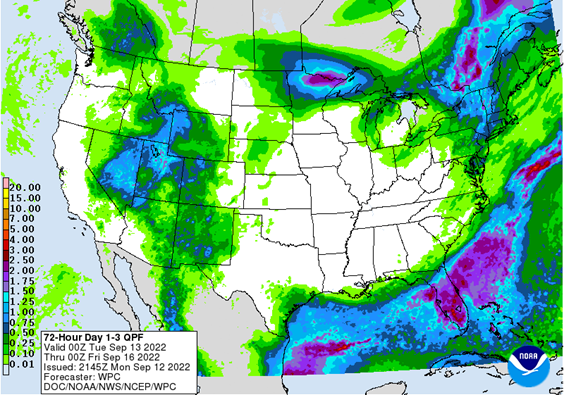 VINIMEX are pleased to update market news on September 13, 2022 as below

Weather: According to the most recent 72-hour cumulative precipitation chart from NOAA, just a small portion of the Corn Belt will experience meaningful moisture between Tuesday and Friday outside of Minnesota and the Dakotas. According to the agency’s revised 8-to-14-day prediction, the majority of the Plains will have seasonably dry conditions between September 19 and September 25.

General: USDA released its highly anticipated September World Agricultural Supply and Demand Estimates report to mixed but mostly positive results. Both corn and soybean prices shifted substantially higher following the report’s release. Wheat prices failed to follow suit, succumbing to a round of technical selling that generated small to moderate losses.SOYBEANSUSDA raised its beginning stocks for 2022/23 due to a lower-than-expected amount of exports in 2021/22.  Ending stocks remain historically tight, declining another 45 million bushels to just 200 million. Prior to this afternoon’s crop progress report from USDA, analysts expect to see stable soybean quality ratings, with 57% of the crop in good-to-excellent condition through Sunday. Preliminary volume estimates were for 266,851 contracts, more than doubling Friday’s final count of 107,703.

The agency now projects a national yield forecast of 172.5 million bushels per acre (down 2.9 bpa from last month) and 80.8 million harvested acres (down 1.0 million from August). On the demand side, USDA slashed total corn use by 250 million bushels, which includes 100 million fewer feed and residual use, and 50 million fewer ethanol production. All told, supply is falling more rapidly than use, with USDA lowering ending stocks by 169 million to 1.2 billion. USDA expects 54% of the corn crop in good-to-excellent condition through September 11. Harvest progress is expected to reach 4% through Sunday, with individual trade guesses ranging between 3% and 5%. Preliminary volume estimates were for 307,219 contracts, moving well ahead of Friday’s final count of 178,402.

WHEATAhead of USDA’s crop progress report, out Monday afternoon, analysts think the agency will show winter wheat plantings move from 3% a week ago to 10% through Sunday. This season’s spring wheat harvest is expected to move from 71% completion last week to 83% as of September 11. Both Russia and Ukraine are typically among the top wheat exporters in the world. Ukraine’s production potential, on the other hand, also trended higher from a month ago but will end up being significantly lower year-over-year, at around 753.2 million bushels. Preliminary volume estimates were for 75,567 CBOT contracts, which was slightly lower than Friday’s final count of 81,843. 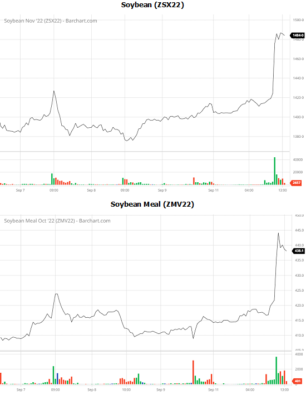 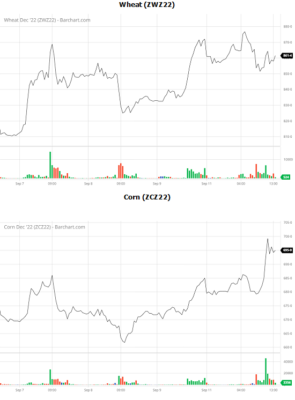