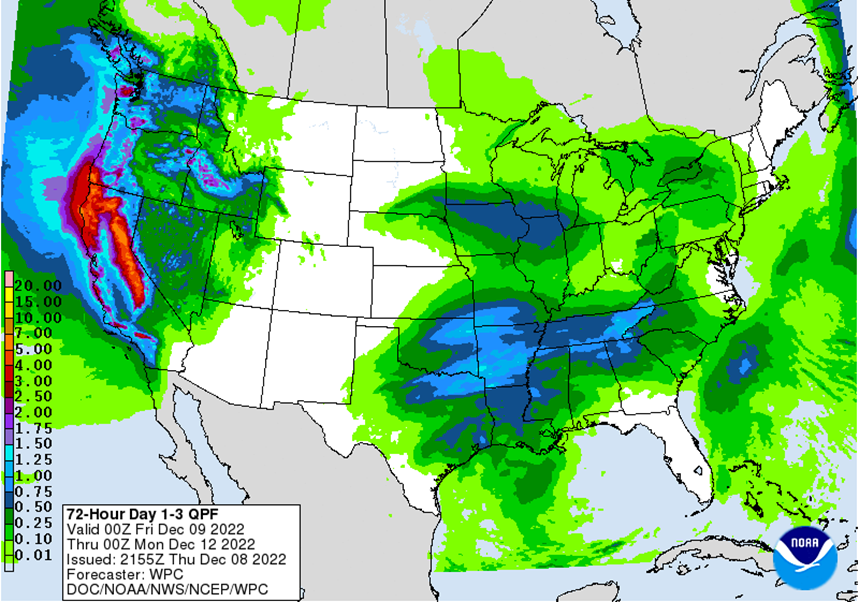 Vinimex are pleased to update market news on December 9, 2022 as below

Weather: Most areas east of the Mississippi River are likely to see some rain and/or snow Friday through Monday. Seasonal wet weather is possible across the Plains between December 15 and 21, with cooler-than-normal temperatures likely in the central US during this time. 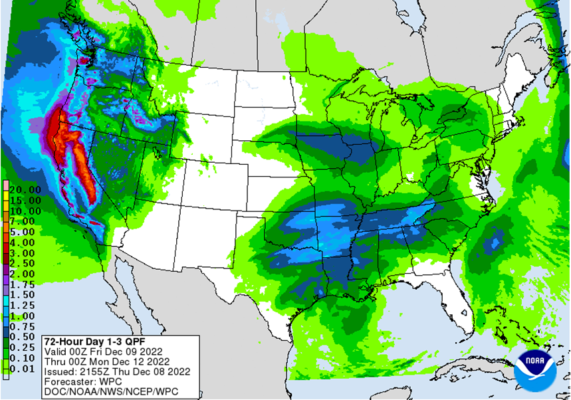 General: Corn prices also move higher in middle of this week, while wheat had complicated sign

Weekly corn bookings were 691,556 MT for the week that ended 12/1. That was up 14% from last week but was down 39% from the same week last year. No new crop bookings were reported. The week’s top buyer was Mexico, and included a previously announced 114k MT sale. During the week, China also booked 204k MT, though 189k of it was switched from unknown. As of 12/1, total commitments stood at 19.04 MMT. This is still 48% slower than last year’s pace. USDA has already factored in a 13% lag in the November WASDE forecast. CONAB in Brazil reduced their corn production forecast by 0.57 million tons to 125.83 million tons.

Under the daily reporting system, the USDA announced a sale of 718,000 MT of soybeans to “unknown destinations” this morning. Another 118,000 MT was destined for China. The USDA reported weekly bean bookings of 1.716 MMT for the week ending 12/1. That was more than double last week, and was 31% higher than the same week last year. The week’s shipments were 2.25 MMT, bringing the season total to 21.17 MMT. This is still 16% behind last year, compared to the USDA’s WASDE forecast, which is 5.2% behind. New crop bookings were 30k MT, compared to the 0-250k MT expected going in. The total forward sale is 40k MT. Traders expected 150k to 350k MT of soymeal sales (actual was 226,200) and less than 10k MT of BO bookings for the products (actual was only 500 metric tonnes). Accumulated shipments sit at 1.755 MMT for meal and 11.8k MT for soy oil. According to Chinese customs, Chinese soybean imports were 80.6 MMT from January to November, an 8% decrease year on year. 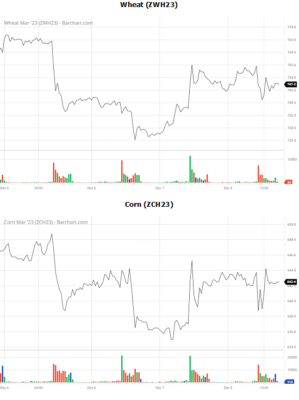 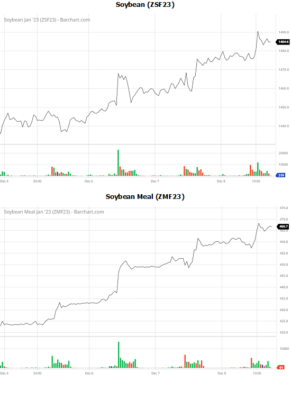