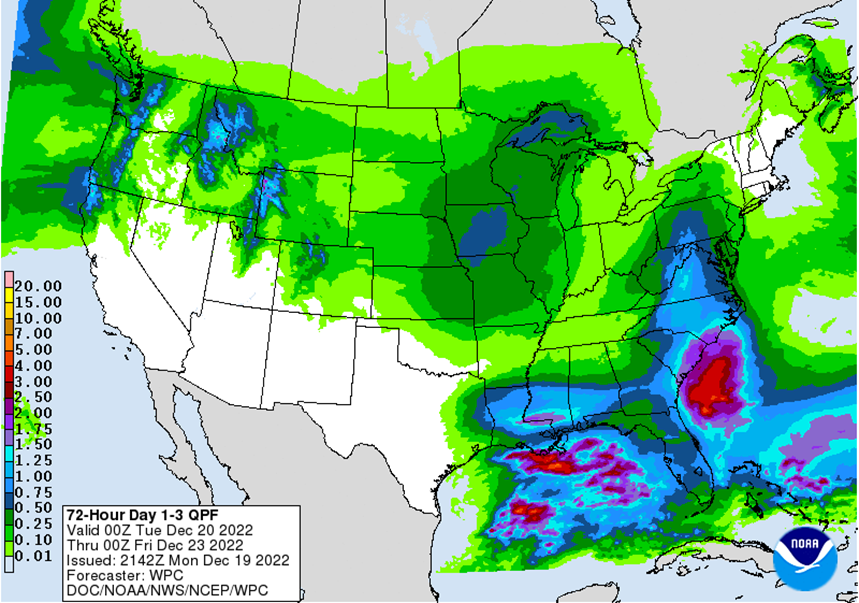 Vinimex are pleased to update market news on December 20, 2022 as below

Weather: Later this week, winter weather is anticipated over a major chunk of the Midwest and Plains; between Tuesday and Friday, nearly every region will experience at least some measurable rainfall. The central United States will experience more seasonably rainy weather between December 26 and January 1, according to the agency’s latest 8-to-14-day outlook, while the eastern half of the country will experience circumstances that are close to usual.

Soybean basis bids were basically unaltered throughout the central United States on Monday. Soybean export inspections slightly decreased week over week but remained strong. The most popular destination was China, with 40.8 million bushels headed for the Asian nation. With 919.9 million bushels, the marketing year 2022–2023’s cumulative totals are currently slightly below the pace of the previous year.

The price of corn in the United States fell 1.5.6 million bushels were sold by private exporters for delivery to Mexico during the 2022–2023 marketing year, which started on September 1. A forthcoming Mexican ban on GMO corn imports from the U.S. would go into effect starting in 2024 if no adjustments are made to the current plan. By January, a modified agreement is anticipated to be finalized. European Union lobby group Coceral expects 2022/23 EU corn production to rebound significantly, increasing more than 27% year-over-year to 2.539 billion bushels. Chinese corn imports for November came in at 29.1 million bushels, which was a year-over-year decline of 5.8%, according to newly available customs data.

There was little movement in the price of wheat on Tuesday, with prices little changed from Monday. While generally unimpressive, wheat export inspections improved slightly week over week to reach 11.2 million bushels. On Monday, prices fluctuated due to unequal technical maneuvering, but were generally higher. If implemented, Coceral projects that the EU would produce 5.262 billion bushels of soft wheat in 2022–23, an increase of 1.8% over the previous year. The likelihood of declines in Romania and the United Kingdom should be more than offset by anticipated rises in France and Germany. With 3.1 million tonnes, South Korea ranked as the top destination for soft wheat in 2017–18, up from 2.9 million tonnes in 2016–17. Russia is the largest exporter of wheat in the world. In November, China imported 37.1 million bushels of wheat, up more than 35% from the same month last year. According to Russian consulting firm Sovecon, they expect exports to decline 9.3% in December. 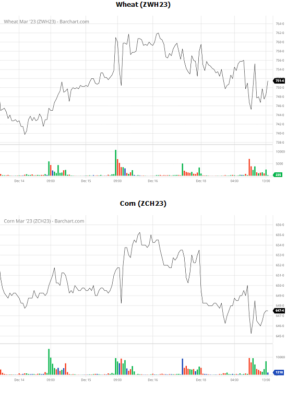 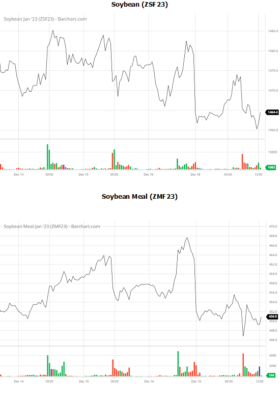